University of Bologna student Luisa noticed an immediate change as she made the decision to become a follower of Jesus. An end to loneliness. Peace. “I’ve seen this same peace among you three,” Luisa told Agape Italia student ministry staff Mary, Melissa, and Erica.

Luisa’s journey toward Jesus had begun three years earlier back in her hometown in Italy. A Christian friend there had been faithfully sharing with her about Jesus’ love and forgiveness for her.

As the 2015 spring semester at the University of Bologna was winding down, Luisa met Erica “by chance” in the campus cafeteria. Erica invited her to an evening aperitivo, a social event that helps connect our student ministry staff with students who are interested in practicing English and talking about spiritual things.

Luisa checked out Erica’s Facebook page and noticed that she worked for Agape Italia. Then she found Agape’s website and learned that we are a Christian student organization. So she called her Christian friend back home, who encouraged her to go to the aperitivo and talk about spiritual things with Agape. 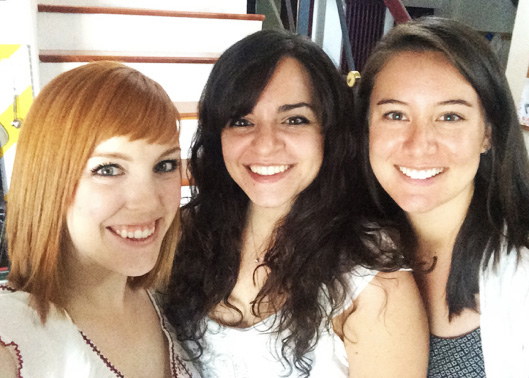 After a few conversations with Erica, Luisa was ready to make a decision. Around Mary’s kitchen table, Luisa told her new friends how the Bible study booklet Knowing God Personally had impacted her life.

“I went on a walk after I read it, and felt like someone was with me, like I wasn’t alone anymore,” she said. I felt an overwhelming peace in spite of a long to-do list.”

It is incredible to watch God at work in the lives of students like Luisa, to see the peace they attain through His presence with them in a personal relationship. What a privilege to be part of Luisa’s spiritual journey!

Want to find out more about our student activities?